An Austin-based startup is tackling housing shortages around the world.

According to a report by the World Resources Institute’s Ross Center for Sustainable Cities, 1.2 billion people in the world live without adequate housing. ICON , a startup which describes itself as “a construction technologies company dedicated to revolutionizing homebuilding,” plans to combat homelessness by using low-cost 3D printing to construct houses for those in need.

ICON’s houses are printed from a custom blend of cement in the span of only 12 to 24 hours. The custom blend of concrete hardens as it’s printed, and is then laid in 100 one-inch-thick strands that hold their shape as they harden. While the houses currently cost $10,000 to print, ICON co-founder Jason Ballard has said that the company eventually hopes to reduce the cost to $4,000 per house. 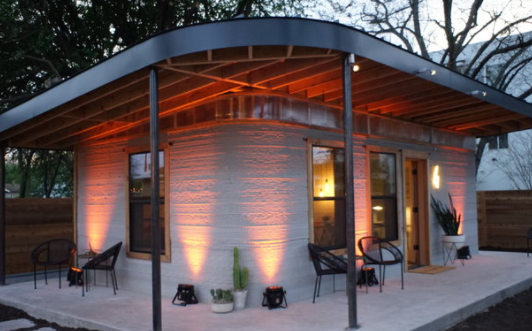 These houses are constructed into a single-story, 650-square-foot house using a Vulcan printer, ICON’s 3D printer that was developed in collaboration with New Story, the non-profit bringing homes to underserved populations.

ICON’s first 3D-printed house was unveiled at Austin’s South By Southwest festival this March. As reported by The Verge , the model was complete with a living room, bedroom, bathroom, and curved porch. ICON’s uniqueness comes from its use of cement; according to Ballard, cement will quell the concerns of potential tenants who may question the durability of the home. ICON co-founder Evan Loomis told Quartz that the strength of the printed walls is stronger than cinder blocks after a few days of hardening. 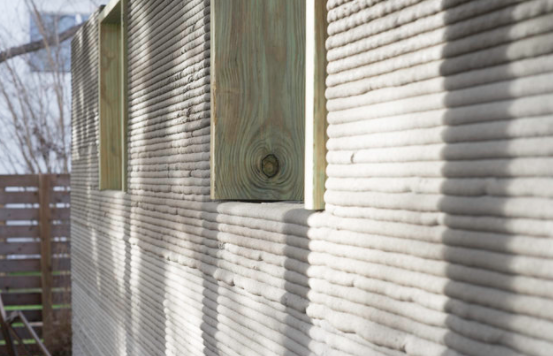 ICON eventually plans to move the Vulcan printer to El Salvador, where the company hopes to build 100 homes in the next year. According to ICON CEO and co-founder Alex Le Roux, the goal is for its houses to create minimal waste and reduce labor costs. The company also intends to build houses in the US eventually. Future plans include installing air quality monitors.

ICON is one of the first new businesses to launch from the Saturn Five startup studio, a venture studio based in Austin, TX. According to their website, Saturn Five actively starts, funds, and grows businesses that make a difference in the world.