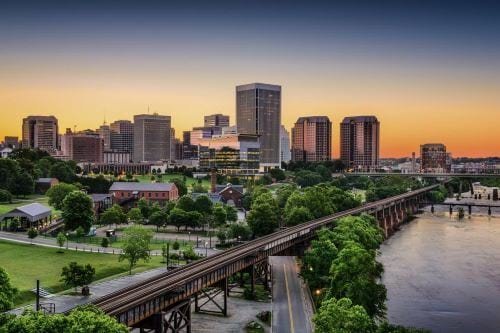 A licensee’s work can be heavily dependent upon the economic factors of supply and demand. If a lot of people are moving to a certain city or area, the supply of real estate will be low while demand will be higher. This is a seller’s market and the property prices will be higher. If a population is going down, the supply of real estate will be higher and the demand will be lower, making property prices drop and creating a buyer’s market. Read more about how buyers cope with housing affordability.

Real estate agents may be drawn to cities and areas where the population is growing quickly. These areas will have a wealth of buyers and higher property prices, often meaning higher commissions. But a buyer’s market also has its advantages. Developers or house flippers may want to snatch up cheap real estate while they can. If you want to become a house flipper, learn more about the process.

It’s important to know the specific cities experiencing rapid growth or decline. Knowing the market is part of an agent’s responsibility. But it’s also important, and often more applicable, to keep a pulse on the more general real estate trends in your state. Trending knowledge will help inform your business decisions as a licensee and cater your network to your environment. Read more about building up a network to sell to.

Larger cities in Virginia are seeing more growth while more rural areas are declining in population. This is pretty common in most states. A lot of the growth is centered around the Washington, D.C. metro area and population growth is more common overall in Northern Virginia.

The southern half of Virginia is experiencing a higher rate of population decline. Research shows this is due to a lack of financial security, the supply of dependable jobs, and alleged increased drug problems in southern areas.

Let’s look at a few of the fastest-growing cities in Virginia. Just because these cities are growing quickly doesn’t mean you should drop everything and move there. But good real estate agents keep a pulse on market trends. It’s part of the job.

The population of Winchester, Virginia has grown significantly, going up more than 14% since 2010. It has grown more quickly in the past decade than any other city in Virginia. Housing prices have gone up as more people move to the area, as well as traffic congestion. The influx of people has also brought more restaurants, businesses, and, according to residents, more good food and great beer.

Richmond, Virginia, is another quickly growing city in the Commonwealth. According to the U.S. census, it’s growing at twice the rate of the state and the nation as a whole. The population has added 24,500 people to its number since 2010, which comes out to be a 12% increase. This led it to be listed on Zillow as one of the hottest housing markets and on Inc. as one of the best cities in which to start a business.

Lynchburg, Virginia, isn’t quite as big as Richmond or Winchester, but it has still seen a high amount of growth in the last decade. Situated next to the Blue Ridge Mountains, there is a larger market for buyers with outdoor-focused interests and those looking for a second “adventure” or “vacation” home. For tips, read more about luxury real estate or other types of property niches to focus on.