COVID-19 has rocked the American workforce and for many, this shake-up may lead to a completely new career. We recently surveyed over 600 full-time workers and found that 51% were in agreement that if they were to lose their jobs or experience a significant reduction in pay or hours, they would consider making a full career change, with 18% saying they would consider a career in real estate.

The good news, we also surveyed 800 licensed real estate agents and 85% of them were happy with their overall decision to pursue the field. 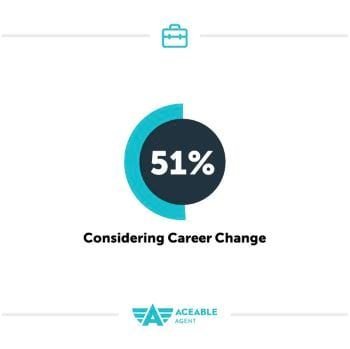 In an effort to better understand what decisions and preparation go into taking on a career in real estate, our real estate professionals survey found that real estate agents come from many different walks of life and that the decision to tackle real estate, like any new career, was not one taken lightly. 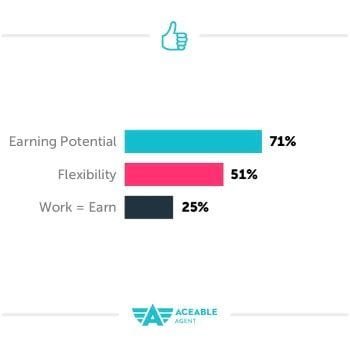 On average, agents spent a year and a half considering whether or not to pursue real estate before taking the plunge. There were many concerns that individuals had about getting their license: 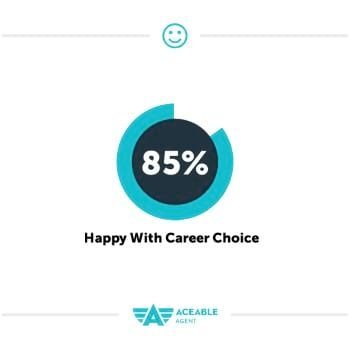 On the other hand, there were many positive reasons that prospective agents had when regarding getting their license:

All in all, the pros outweighed the concerns and doubts, with 85% of agents saying that they are happy with their overall decision to pursue real estate. Let’s take a look at the overall journey and see why real estate professionals are content in their new careers:

Upfront Time and Financial Investments Worth it 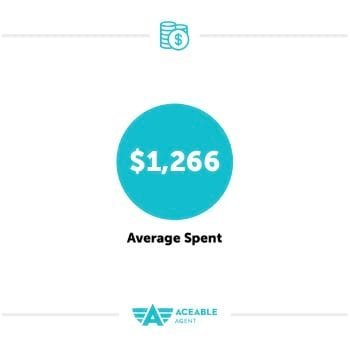 Agents reported spending $1,266 on average out of pocket for prep courses and to take the actual exam. What’s more, 86% reported taking a financial hit because they also had to take time off from other money-earning endeavors in order to study for and take the exam, averaging $1,813 in lost wages.

When it came to putting in the work ahead of the exam, agents spent on average 8 weeks and approximately 217 hours preparing to take the real estate exam. 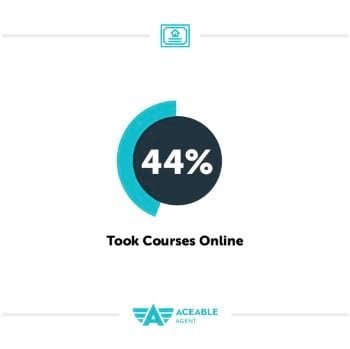 Nearly half (44%) of agents took their prep courses online, citing flexibility as the key draw in for them. These agents explained that their motives for taking their course online included:

Yet, even with the assistance of prep courses, concerns around being able to pass the exam weighed on the shoulders of many. 72% were concerned about the fact that they hadn’t taken a test in a while, 57% cited the fact that they had not studied for something in a long time, and over half (55%) just did not perceive themselves as strong test-takers.

As with any major career change, newly licensed agents had several questions, with the biggest one being, “Where do I start?” 92% of agents agreed that when they were first starting out they had questions about how exactly they would start their careers and go about getting a job. In addition, 81% questioned how long it would take them to build their business and how much they could earn in their first year. 71% also raised concerns about how long it would take them to recoup their initial investments and start earning.

Once their license was secured and they started seeking employment, it took agents just over 2 months (9 weeks) for them to secure a job and start working, with 1 in 3 saying that it took them longer than they expected to get a job and begin work. Agents also reported it took 6 months for them to recoup their initial financial investments, but over half (54%) agreed that it was about as long as they expected.

Flexibility and Control Over Career 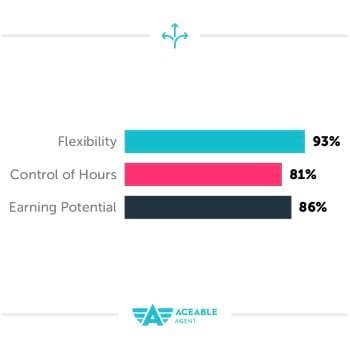 However, those feelings are not consistently felt across the board with ⅔ of agents saying they often find themselves working hours that they’d rather not, and 53% saying they have less control over schedules than they thought they would.

When asked what makes for a successful career in real estate, 60% of agents cited the strong ability to sell, 46% attribute success to having an existing network and 42% say having the ability to invest in and grow your network is key.

For more information and to learn more about our online real estate courses and resources, please visit https://www.aceableagent.com/.