Few people realize becoming a real estate agent means you’ll also become an accountant. As a real estate agent you’re in charge of your income in more ways than one. The earning potential is virtually unlimited, but it’s up to you to track your income, document expenses and put aside money for taxes when the IRS comes knocking in April.

Consider this your continuing education course on filing taxes after you earn a real estate license . Spoiler alert: it’s nothing like filing taxes as a salaried employee.

No One is Taking Taxes Out for You

The biggest difference between taxes as a salaried employee and as a real estate agent is no one is taking out taxes for you. As a salaried employee your employer will deduct necessary taxes from each paycheck and send the funds to the IRS. When the paycheck hits your bank account, it’s nothing but take-home pay. At the start of the new year, you’ll get a W-9 form from your employer notating how much in taxes were deducted. That’s it! No heavy-lifting on your part.

The vast majority of real estate agents are considered self-employed in the eyes of the federal government. As such, you’re the sole proprietor of your real estate business. It’s a designation that’s cool to have, but it can mean more work and liability during tax season.

Even though you work under a brokerage firm, they aren’t considered your employer and neither are the clients that ultimately pay for your services; therefore, when you get a commission check, the broker will take their cut, but they won’t deduct any taxes. That’s all on you.

Many agents open a savings account that can be used for holding taxes. That way you aren’t tempted to spend the earnings that would have otherwise been taken out for taxes by an employer. But in order to do that you’ll need to check the latest federal income tax brackets and factor in any state income taxes. Oh, and there’s also self-employment tax too.

The thing is, the IRS likes to get their cut of income as it’s earned, not in one lump sum at tax season, so each quarter the IRS collects estimated taxes from individuals that don’t have their taxes withheld. If you fail to pay the estimated taxes throughout the year, you’ll have to pay an estimated tax penalty.

The IRS worksheet Form 1040-ES provides more details on estimating your estimated taxes, and how to make payments.

Business-Related Expenses Must Be Documented If You Want Deductions 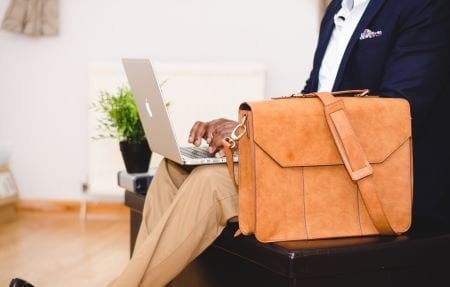 Taking the standard deduction is easy, but it would likely mean leaving a lot of money on the table. The upside to being a sole proprietor is being able to deduct most of your related expenses. According to the tax gurus at Inman, real estate agents enjoy over 100 possible deductions .

But there’s a catch. You have to be meticulous about tracking and documenting all expenses related to your real estate work.

Sure, you can include deductions on your tax forms without receipts, but if you get audited and can’t back up the claims, you’ll be slapped with a bill. You’ll also be charged interest on the amount owed. Even if your deductions are legitimate, they won’t apply if they can’t be proven.

That’s why we suggest every real estate agent to come up with a system for tracking income and expenses down to the penny. Old fashioned Excel spreadsheets can help, but today there are better tools for tax filing.

Shoeboxed is an app that’s amazingly good at helping users document, organize and store receipts. After scanning a receipt you can even label it as “deductible.” But the real reason Shoeboxed is a must for real estate agents is it doubles as a mileage tracker. Miles driven is one of the biggest deductions for agents that are on the go, but it’s also one of the most difficult to document.

Make sure to hold on to receipts for at least three years. An audit could come years after filing and some deductions can be spread out over multiple tax seasons. You can also take advantage of the Protecting Americans from Tax Hikes (PATH) Act . With PATH, you can take the entire deduction of a large purchase all at once.

Have questions? Talking with a CPA is always a good idea if you’re new to filing taxes as a real estate agent.