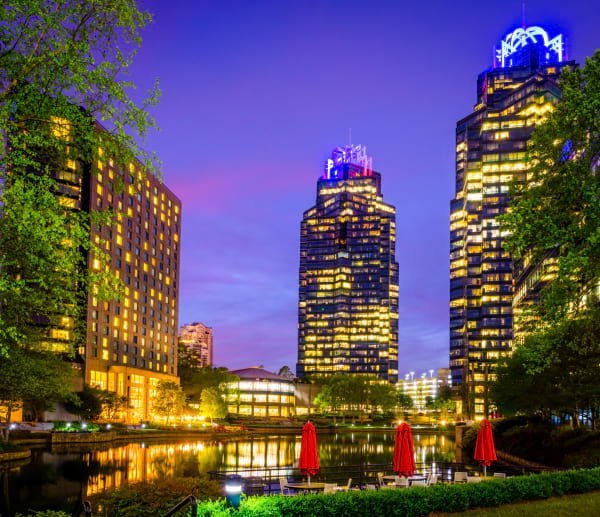 What does the Sandy Springs real estate market hold in 2020? As part of one of the hottest metros in the country, things are expected to remain relatively stable in the coming year.

The family-friendly city of Sandy Springs and its suburbs have been a popular place to live since before it was officially incorporated in 2005. Residents give city management high points, there’s an amazing education system and beautiful, stately homes add an element of prestige that isn’t changing in 2020.

Like many other major metros, the Atlanta-Sandy Springs-Roswell market area will probably experience a sales growth decrease of around 3.5%. This is an ongoing trend that’s largely due to limited inventory below $500,000 not a decrease in demand. But that scarcity is actually good news for sellers because prices in the metro are predicted to increase anywhere from 2.0-4.5% next year.

According to Realtor.com, next year the Sandy Springs market should enjoy the third-highest price growth rate in the country. Many other analysts believe the price growth trend will continue beyond 2020.

Affordability Isn’t as Big a Concern as Appreciation

The closer a property is to the center of Atlanta, the more expensive it’s going to be. Because Sandy Springs is a relatively affluent area, affordability is less of an issue compared to the rest of the metro. The appreciation potential should be a bigger factor in 2020.

A recent study by RentCafe analyzed zip codes across Georgia to find the most expensive areas for renters. Two zip codes in the southern portion of Sandy Springs were in the top 10: 30342 and 30319.

With rents and home prices expected to rise, more renters in the Sandy Springs area may decide it’s time to buy. Given that the median income in Sandy Springs is nearly $71,000 (well above the national average) many buyers are able to afford to lowest-priced homes that hover around $300,000.

One national factor that will likely affect the Sandy Spring real estate market is mortgage rates. In 2020 the amazingly low mortgage rate (now just 3.833% for a 30-year conventional) is expected to creep upward. Low mortgage rates were credited as one reason buyer activity increased year-over-year in Q4 of 2019. There’s a good chance it will also generate activity early in the year among buyers that want to lock in as low a rate as possible.

There’s a lot of talk about housing construction in the Atlanta metro. In Sandy Springs the North End is set to be revitalized beginning next year. TSW won the contract to create plans for revamping four shopping centers off of Roswell Road. But the city has also requested that additional housing options in the area also be included in the plans.

It will take time for building to get underway, however, this major step signals that the North End could be a prime spot for investment. If things go the way the North End Revitalization Task Force hopes the area could see some major improvements that have a positive impact on the entire area.

If you live in the Sandy Springs area and you’ve been considering your career options, 2020 should be a great year to get a Georgia real estate license!