The 10 Fastest-Growing Cities in Georgia 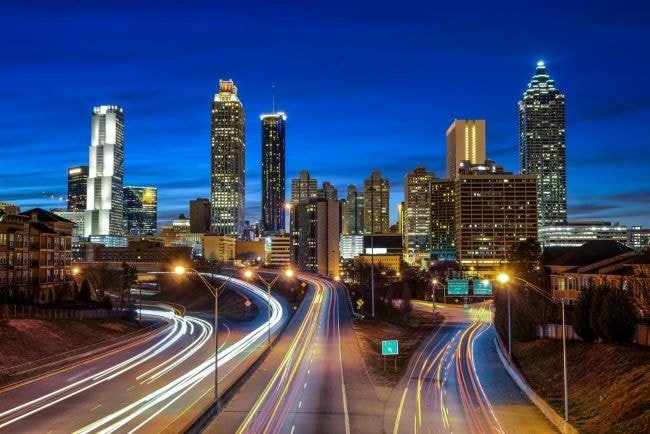 Georgia is growing. According to the U.S. Census Bureau, the population of Georgia has increased by 9.43% since 2010, making it the eighth-most-populous state in the nation.

For Georgia real estate agents, that means huge opportunity. All these new people need a place to live, after all. Want to be where the action is? Here are the 10 fastest-growing cities in Georgia, according to the Census Bureau.

Albany is a small city of 77,000 that sits on the Flint River in southwestern Georgia, in the heart of the Plantation Trace region. Known for its historical sites and natural beauty, Albany visitors enjoy the Riverfront Walk, RiverQuarium, Thronateeska Heritage Center, and Ray Charles Memorial. The memorial features a life-size statue of the musician, who was born in the city.

The city is known for being one of the largest cities in the U.S. to incorporate and uses an unusual public-private model for governance. It’s located on the Chattahoochee River, and a popular pastime is floating the river, or “shooting the hooch.”

Warner Robins is a city of 66,000 smack dab in the middle of the state. It’s home to the Museum of Aviation and holds two Little League World Series championship titles. The official motto of Warner Robins is “EDIMGIAFAD”, which is an acronym for “Every Day In Middle Georgia Is Armed Forces Appreciation Day.”

South Fulton is another Atlanta suburb, this time to the south. It’s home to around 95,000 people. Like Sandy Springs, South Fulton voted to incorporate and become its own city instead of being absorbed into Atlanta. The city was just chartered on May 1, 2017, and is in the middle of hashing out a new name. Stay tuned!

Ah, Atlanta. It’s the capital of Georgia and its largest city at 500,000 people, with a metro area of 5.9 million. Atlanta is home to the Hawks, the Falcons, the Braves, and the United FC. Atlanta has the third-largest concentration of Fortune 500 companies in the U.S., including, famously, the headquarters of Coca-Cola.

Atlanta has art, history, festivals, cons, architecture, sports, an incredible music scene, parks, amazing restaurants, and a distinct culture. Pretty much anything you want, you can find in Atlanta.

Brookhaven is a northern eastern Atlanta suburb that got in on the incorporation trend in 2012. It’s a city of about 54,000. The Atlanta Hawks have a $50 million training facility in Brookhaven, and the Weather Channel is headquartered there.

Alpharetta is yet another northern suburb of Atlanta. It’s home to around 58,000 people and the headquarters of many companies, including LexisNexis, Verizon, and ADP. Alpharetta hosts festivals throughout the year and has a downtown historic district.

Valdosta is a city of about 56,000 on the southern edge of Georgia. Known as the Azalea City, Valdosta hosts an annual azalea festival. It’s home to Valdosta State University, and was named Georgia’s first entrepreneur-friendly community by the Georgia Department of Economic Development.

Smyrna is another northern suburb of Atlanta. It’s home to about 57,000 and was named one of Money’s 50 best places to live. Actress Julia Roberts is from Smyrna. Smyrna’s downtown, known as Market Village, is a mixed-use residential and retail district modeled after an early twentieth-century village square.

Athens, or more properly, Athens-Clarke County, is a northeast Georgia city famous for being home to the University of Georgia’s main campus. More than just a big college town, Athens is known for its music scene, which produced indie favorites R.E.M., the B-52s, Widespread Panic, Neutral Milk Hotel, and many more. It hosts a music festival, AthFest, every summer.

Athens-Clarke County is home to 127,000 people and is Georgia’s sixth-largest city. It’s a tech hub that headquarters new and legacy technology companies as well as pharmaceutical companies.

Want to learn more about being a real estate agent in Georgia? Check out our career center.

Audrey Ference is a real estate content writer at Aceable. When she isn't creating the pre-licensing education courses for Aceable Real Estate School, you can find her educating readers with real estate knowledge in publications like realtor.com, homeliteSlate, Salon, Teen Vogue, and many other publications.