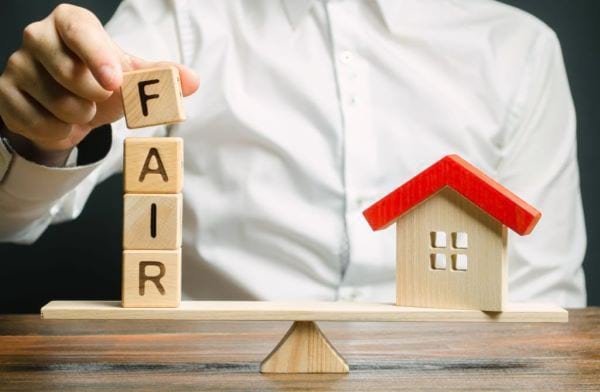 Fair housing is your right as a United States citizen, and Pennsylvania Fair Housing laws work to ensure that.

Buying a house is a significant event in someone’s life. Everyone dreams of the perfect house that they can turn into a home where they can build memories with their family. Fair housing is an issue for all people because everyone deserves to know their rights.

It is especially important for Pennsylvania real estate agents to know what this term means to make sure they abide by the law and give everyone a fair chance.

What does “Fair Housing” mean?

Before this act was put into law, people had experienced discrimination when searching for housing. People were unfairly denied opportunities for housing based upon circumstances beyond their control. The Fair Housing Act built upon previous laws by prohibiting discrimination concerning the sale, rental, and financing of housing based on race, religion, national origin, and sex.

Citizens are also safeguarded further by state and local laws, which often provide broader coverage and prohibit discrimination based on additional classes not covered by federal law.

This means that Pennsylvania has its own specific Fair Housing rules and regulations that must be abided by for any real estate transactions.

Expanding on the Fair Housing Act

There will be no racial discrimination in any housing based on the following characteristics:

Equal opportunity to housing is the law. It is illegal to discriminate in the sale, rental, or financing of housing based on:

The Pennsylvania Human Relations Act includes everything covered in the federal Fair Housing Act, but it also has some additions/coverage that is state-specific.

For example, in Pennsylvania, real estate professionals cannot discriminate against people who use a support animal or are a handler or trainer of such support animals. This means that if the building does not allow animals, but a renter/buyer has a support animal, that person and animal must be allowed to live on the premises.

Examples of Housing Discrimination in Pennsylvania

Here are some examples of what housing discrimination looks like according to the Pennsylvania Human Relations Commission website:

While some of these may be similar to fair housing laws in other states, they can also vary. These stipulations are specific to Pennsylvania.

What if the discrimination is unintended or happens unknowingly?

Even if you didn’t intend to discriminate against a client, you are still responsible for the actions and consequences of unintended discrimination. The U.S. Supreme Court ruled that discrimination does not have to be intentional to be illegal under the Fair Housing Act. Certain laws or policies may have disparate impacts that unintentionally cause discrimination and segregation.

Leanna Petronella is a real estate content writer at Aceable. When she isn't creating the pre-licensing education courses for AceableAgent, you can find her educating readers with real estate knowledge in publications. She is an author and former college instructor who has published her creative writing widely.