Smart security systems are selling like crazy, so it’s only natural that Amazon would want to get in on the action. The online retail giant recently paid a staggering $1.1 billion to acquire Ring, and they’re already expanding the product.

Ring is the company that created the insanely popular doorbell-with-a-camera concept. As of May 2017, over 1 million Ring doorbell cameras had been sold. Ring has managed to corner 97% of the U.S. video doorbell market. Pretty impressive for a product that’s only been around four years.

Amazon’s acquisition is a very logical move. There’s no doubt Alexa integration, which began last year, will continue. Amazon is expected to use the information it gathers from Ring cameras to keep improving their smart speaker technology.

Being able to tap into the Ring camera can also help minimize Amazon package thefts, which leads us to the Neighbors app .

Soon after acquiring Ring, Amazon announced the launch of the Neighbors social network. Users can join their local neighborhood group and share footage from their Ring camera if they are burglarized or spot “suspicious activity.” 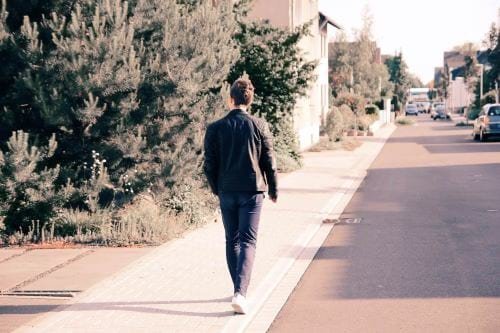 It’s that last part that has some people on edge. Debate immediately began about whether the Neighbors app will make a neighborhood safer or lead to a lot of privacy issues. Regular Joes, cyber security experts and law enforcement began sounding off their opinions online.

Many people, including law enforcement officials, think the social network will lower crime rates and make people safer. Ring is already working with a number of police departments to allow officers to join groups on the app and send users alerts if there’s criminal activity in a neighborhood.

But others see the Neighbors app as an invasion of privacy. Critics believe the app will lead to a lot of profiling and can be used to take cyber swings at neighbors that aren’t liked. Another issue is that anyone in the Neighbors network can re-share the videos, not just Ring owners.

Imagine your neighbor across the street has a Ring doorbell pointed directly at your house and it’s easy to see why some people are worried their activity will be put online for all the world to see. People who worry about Big Brother also see the Neighbors app as another way for police to monitor the public without good reason.

But Ring doorbells have proven to be a viable way to reduce crime. In 2016 with the help of the LAPD, Ring gave away 40 doorbells to homeowners in Wilshire Park, an area of Los Angeles that was experiencing a high number of burglaries. Although only 10% of homes were equipped with Ring doorbells, burglaries fell 55% in six months.

With numbers like that, the Neighbors app will likely gain a huge following, which is exactly what Amazon wants now that Google and other major players are getting in the video doorbell game.

Image sources in order of appearance: